Newsletter #151 The Year of Voice Assistance

The launch of Siri, Apple's voice-based personal assistant for the iPhone (4S only) has once again sent competitors scrambling. Siri is being seriously underestimated and it will change the way we interact with all our devices - not just our smartphones.

The history of voice recognition software began way back in 1952 when Bell Laboratories designed the 'Audrey' system that could recognise digits spoken by a human.

Jump to 1990 when Dragon introduced Dragon Dictate for the outrageous price of $9000! Seven years later Dragon NaturallySpeaking was launched for the far more reasonable $695. It could recognise words spoken naturally at around 100 words per minute but required at least 45 minutes to train the software. By the late 2000s the accuracy of these systems seemed to have topped out at around 80% and interest seemed to have waned. Speech recognition and voice commands were built into both Windows Vista and Mac OS X but most consumers were unaware of this functionality.

Google provided key impetus in 2008 by introducing the Google Voice Search app for the iPhone. Mobile devices are ideal for voice commands due to their tiny keyboards or lack of them; plus Google moved the processing required by the app into the Cloud. 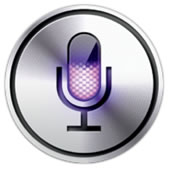 Siri relies on cloud-based processing, a combination of voice recognition and artificial intelligence wizardry. What's more, Apple has made Siri fun. Ask Siri 'What is the meaning of life?' and you will get a number of answers like: '42', 'That is an odd question to ask an inanimate object.', 'I give up.', 'All evidence to date suggests that it is chocolate.'

Some of the things you get Siri to do by speech only are:

As you can see, it is limited at this stage but Siri is very good, it's fun and mildly addictive. US-based iPhone owners get extra features as they can search for businesses nearby eg. 'find me an Italian restaurant near here'.

The ongoing ramifications of Siri will be wide-ranging:

Speech recognition offers the opportunity of a more natural interface with our machines, where our voice and gestures dominate. Siri is just the start.

Posted 19 months ago 3 Minute(s) to read

"The surest sign that intelligent life exists elsewhere in the universe is that it has never tried to contact us." Bill Watterson 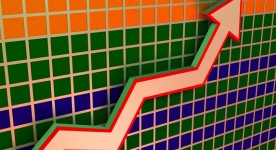